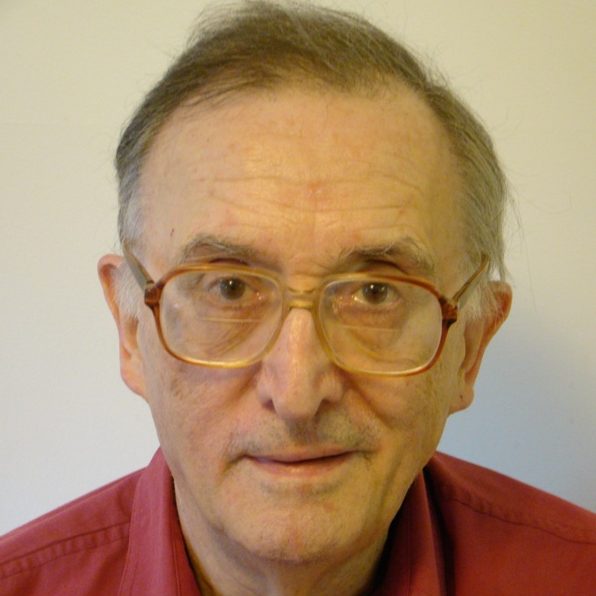 Nicholas Temperley passed away on April 8, 2020, at the age of 87. Inquiries about his research that cannot be answered at this website can be directed to his son, David Temperley, at dtemperley@esm.rochester.edu.

Nicholas Temperley is a historical musicologist specializing in the Classic and Romantic periods, and in British music of many kinds and periods. He is also a pianist, harpsichordist, and composer. He first came to the UI in 1959–61 as a postdoctoral fellow. After teaching at Cambridge and Yale he joined the Illinois music faculty permanently in 1967. He was twice chair of the musicology division (1972–5 and 1992–6).

Temperley opened up the fields of 19th-century British music and English popular church music, which have since attracted many scholars; this is recognized in Music and Performance Culture in Nineteenth-Century Britain: Essays in Honour of Nicholas Temperley, edited by Bennett Zon (2012). Among his many books the best known are The Music of the English Parish Church (1979), The Romantic Age: 1800–1914 (vol. 5 of Blackwell’s History of Music in Britain, 1981), and Haydn: The Creation (1991). He wrote or revised over 100 articles for The New Grove Dictionary of Music and Musicians (2001), and has also published articles on Handel, Beethoven, Schubert, and Chopin. He was editor of the Journal of the American Musicological Society (1978–80) and first president of the North American British Music Studies Association (2003–6). He was also the general editor of Oxford Studies in British Church Music throughout its existence (1986–2002). In 1982 he founded, and still directs, the Hymn Tune Index project, originally funded by the National Endowment for the Humanities. The Hymn Tune Index was published in four volumes by Oxford University Press in 1998, and now forms one of the online research databases managed by the UI Library (hymntune.library.illinois.edu).

Temperley edited the 20-volume series The London Pianoforte School 1766–1860 (1984–­87), and published critical editions of Berlioz’s Symphonie fantastique (1971) and Haydn’s Creation (1988). In 1991 he completed the first act of Mozart’s unfinished opera L’Oca del Cairo for a production by Illinois Opera Theatre, and he has organized and/or directed semi-staged performances of dramatic works by Purcell, Handel, Pergolesi, Loder, and Sullivan, and of The Beggar’s Opera. In 2003 he published Bound for America: Three British Composers, a book about three men who, like the author, migrated from Britain to the U. S. in the middle of their careers. His more recent publications include a critical anthology of 18th-century English psalmody for Musica Britannica (jointly with Sally Drage, 2007); a book of updated reprints of his own articles on church music (2009); Christmas Is Coming (2009), a collection of his own carol compositions and arrangements assembled over a period of fifty years; and a multi-authored book, edited in collaboration with Stephen Banfield, on Music and the Wesleys (Urbana, 2010). In 2018, he published, with Beth Quitslund, the first critical edition of The Whole Book of Psalms Collected into English Metre by Thomas Sternhold, John Hopkins, and Others.

There are a lot of different components that will help you to make a perfect suit for startup project with WordPress theme Cannyon.

With Cannyon free WordPress theme you can easily combine components in a variety ways for different design projects. It's easy!

We haven't forgotten about responsive layout. With Cannyon free WordPress theme, you can create a website with full mobile support.